Kerala – a beautiful destination drawing people to its intrinsic beauty. The greenery, climate, waterfalls, dams, lakes, beaches, mountains, hill stations, rivers, the rain etc are the attractions in Kerala. That’s why Kerala is called ‘God’s own country’.
Keeping this in mind, SM High School organized a tour to kerala and Munnar, an extremely popular tourist destination, from 20th to 27th December 2019 for the students of Grades V to X.

The trip started with great enthusiasm from Ernakulam station to Munnar. The main attraction was the elephant training centre, Echo Point, Mattupetty Dam , boating and the tea factory, followed by a Kathakali dance and a Kalaripayattu show. One of the oldest fighting styles in the world, Kalaripayuttu is a traditional martial art practiced in Kerala. Famed as the mother of all martial arts, this ancient art-form, believed to have been adapted into various martial art forms like karate, kung-fu and judo, involves body control, flexibility and various forms of exercise. The children watched spellbound as the skilled and trained fighters accompanied by graceful, aerobic movements, attacked their opponents with deadly strikes and clashing swords and defended themselves with their shields.

Kerala is also famous for spices especially cardamom and Black Pepper. Herbs with medicinal properties such as turmeric, Cinnamon, Ashwagandha, Brahmi, etc. are found in abundance in Kerala. For this reason, it’s also known as the “Spice Garden of India”. It was really fascinating to visit a spice plantation and learn about how spices are grown.

The students enjoyed the real beauty of Kerala in its famous back waters. Alleppey is the best place for backwater boating. They admired the Mattancherry Palace. It is a Portuguese Palace, popularly known as Dutch Palace. It has some incredibly detailed murals depicting scenes from epics like Ramayana and Mahabharata, along with the fine works of Sanskrit poet Kalidasa. We also visited the famous St. Francis Church, the oldest European church in India, once said to house the remains of Vasco Da Gama. We also saw how the Chinese fishing nets are used by local fishermen.
This trip gave us peace and fulfilment, but most importantly, magnificent memories.
Students returned from the tour with a lot of knowledge and a load of happy memories. 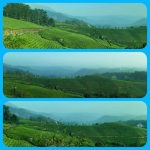 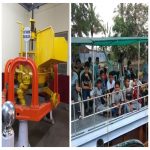 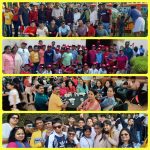 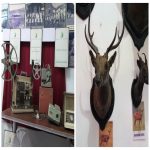 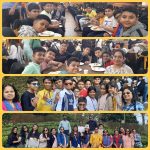 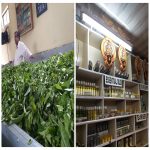 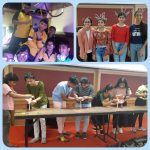 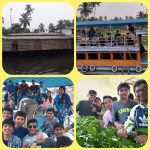