To break the monotony of the routine school life, Sharada Mandir High School, organised a picnic to iconic ND Studio of Karjat on 20th February 2020, which is a Theme Park that Celebrates Indian Films, Artists and Film Fans for the students of Class I to IX.

We started at 8.30 am in the morning with prayer and a feeling of a great day ahead. The students were extremely excited and kept singing songs in the bus till they reached the venue.

Students were amazed on meeting legendary characters of Indian Cinema, dressing like them, understanding the process of film-making, visiting the real majestic sets of blockbusters films, walking in the grand palaces, watching Chhatrapati Shivaji Maharaja’s coronation set, standing in the court of the Indian Emperor, performing singing talent on the stage with intelligent lights, music and a cheering audience.

Students also visited many other iconic structures and famous monuments of India like Agra Fort, Lakes and Sheesh Mahal. Considering Mumbai as Bollywood’s home and foundation, many location and places famous and known to be Mumbai speciality like Chor Bazaar, Fashion Street near Church gate and Khau Gulli’s (Street Food) and many more surprises were also relished by students  inside this studio park.

The most enjoyable time was in the show displaying dance number on Bollywood songs and the students got enthralled by the astonishing performance of duplicate of famous Bollywood star Salman khan, finally the show end up with the musical mash up. The students were excited and shook their legs to the thumping dance numbers which were played inside the hall after their show. They even created a few crazy steps and the teachers too joined the fun. 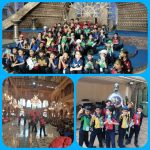 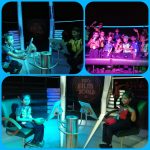 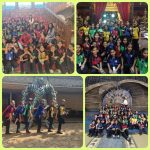 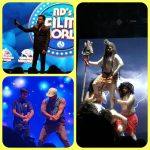 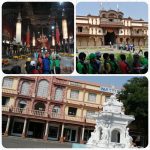 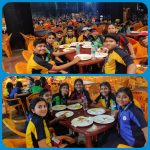 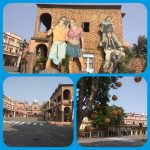 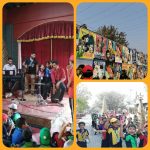 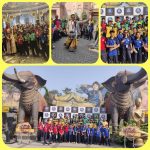