National Science Day is celebrated to commemorate discovery of the ‘Raman Effect’, which led to Indian Scientist Sir Chandrasekhar  Venkata Raman winning the Noble Prize in Physics in 1930.

The basic objective of celebration of National Science Day is to propagate the message of importance of Science and its application among the people. The theme of the year 2019 is “Science for the People, and People for the Science”. The celebration includes Speeches, Science exhibitions based on the themes, quiz competitions, lectures and many more activities.

Sharada  Mandir High School Celebrated the National Science day with great zeal and enthusiasm. The celebration began from 25th February 2019 with our primary student high-lighting the importance of this auspicious day followed by a talk on Marine biodiversity by Mr.Pradip Patade in order to raise awareness about Maharashtra’s marine biodiversity among the school students. Quiz competition was also conducted for the students to get into the habit of innovative learning from an early age.

The budding Scientist of our school participated in the various activities conducted by the Nehru Science Centre and planetarium which were organized as a part of Science Day Celebration and also presented many creative ideas as exhibits which were attractive and marvelous. All the exhibits on display were selected at the Inter- School competitions held since 2016-2019, which included models like Effects of Air Fresheners, innovative games based on science, making fuel from Plastic, Li-fi, Digital India and Effects of Paddy on the environment.

The display also included the creative Art and Craft work, the Science demonstrations by students based on their Syllabus and the display by students who attended the innovation Hub at Nehru Science Centre made models on Robotics which were just amazing.

Last but not the least the display of Teaching Aids by the Science teachers from the Primary Section was the cherry on the Cake. 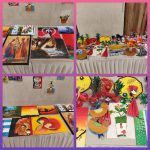 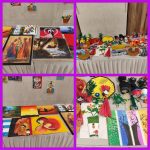 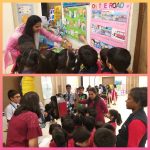 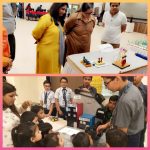 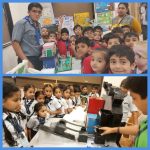 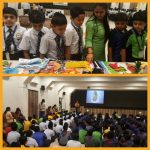