National Science Day is celebrated in the memory of Dr. C.V. Raman who was an Indian Physicist.

Like every year, Sharada Mandir High School left no stone unturned in celebrating this day which included a week’s celebration encompassing Guest Lectures by speakers, Quiz Competition, Science Street Play and display of Science exhibits by students and teachers from all the grades.

The Week Celebration had begun on 24th Feb with an opening ceremony thereby enlightening the students about the importance of Science Day followed by Seminar by Guest Speaker Prof. Mahesh Shetti who reflected upon Facts and Fantasies of Solar System. Students were also felicitated by the speaker for their outstanding efforts in the C & D ward level Science Exhibition by bagging a Consolation Prize for their Project E- DUSTBIN and also for Quiz.  The day ended with a street play which was performed by students who brought accolades to school by bagging 1ST prize at District Level Exhibition.

The next day commemorated with a guest lecture by Mr. Siddharth Shah who enlightened students about GOOGLE MAPS & IT’S IMPORTANCE followed by General Quiz which was conducted by teachers for students from Primary and Secondary Section.

27th and 28th February commenced with Display of Science, Art and teaching aids exhibits by Students and Teachers which was witnessed by the entire school including the parents and the other guests. Students had put in a great deal of efforts to convey various theme of projects through their working models which attracted a good number of audience.

Thus, a week’s celebration ended with an influx of sustainable learning, creative thinking and ecstasy amongst students which indeed proved this event to be successful which would be etched in the memories of all who worked really hard to make this an eventful one. 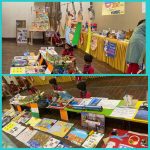 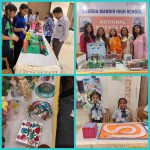