Sharada Mandir High School celebrated the 73rd Independence Day to pay tribute to all the freedom fighters and to remember their contribution for the Independence of India. The function began with the unfurling of the National Flag by the Chief Guest of the day, Miss Arya Belwalkar, the past student who bagged 2nd highest position in Mumbai in her S.S.C Exam. The National Anthem was played on school band. The patriotic renditions by the choir, the speeches charged the atmosphere with patriotic spirit. The primary student’s drama highlighted various freedom fighters, how they sacrifice their life for freedom struggle and group of students expressed what freedom means for them.  The children also showed the marvellous performance of Human Pyramid accompanied with different yoga postures. Each one gave patriotic values and threw light on strength of India.

It was a great honour that our Chairperson Shri. Mangal Prabhat Lodhaji attended the function. He gave his best wishes and also inspiration for social awareness. He also emphasised that we all must perform our duty towards nation first.

Last, but not the least, Mst. Pranay Bhatkal played melodious National Song on flute. The enthusiasm, patriotic fervour, zeal and zest expressed by the students showed that today’s generation value the freedom that India has secured after innumerable sacrifices. 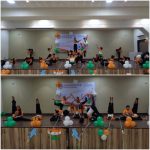 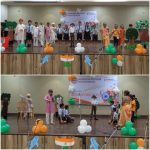 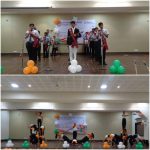 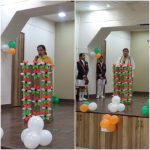