The much awaited 5th Annual Athletic Meet was held on 22nd October 2019 with great zeal, excitement and frolicsome atmosphere at The Mumbai University Ground, Marine Lines.

The event began with the school prayer followed by flag hoisting. The students Marched proudly with perfect synchronization to the tunes of the school band.The movements were stiff, yet graceful. The Oath was administered to the students to participate in the sports day with true sportsman spirit and the meet was declared open.

The students displayed a gymnastic display mesmerising the audience with their energetic performances. Once the races began, the air was filled with cheering and tons of encouragement for the young athletes.

They were agile and swift. They competed with each other in the various events like running races, 3 legged race, obstacle race, long jump, shot put, discus throw, javelin throw and many more fun races. Tug of war, parents races and staff races added more joy to the event.

Winners were awarded with medals and certificates. Yellow House emerged as house Champions.

At the end of the day students departed with a smile on their faces.

It was a day filled with sportsmanship, enthusiasm and memories to cherish. 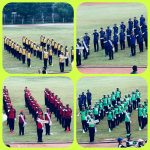 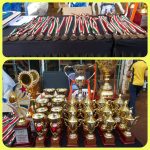 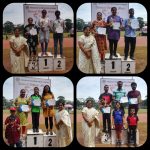 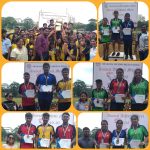 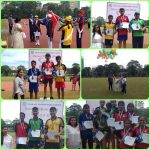